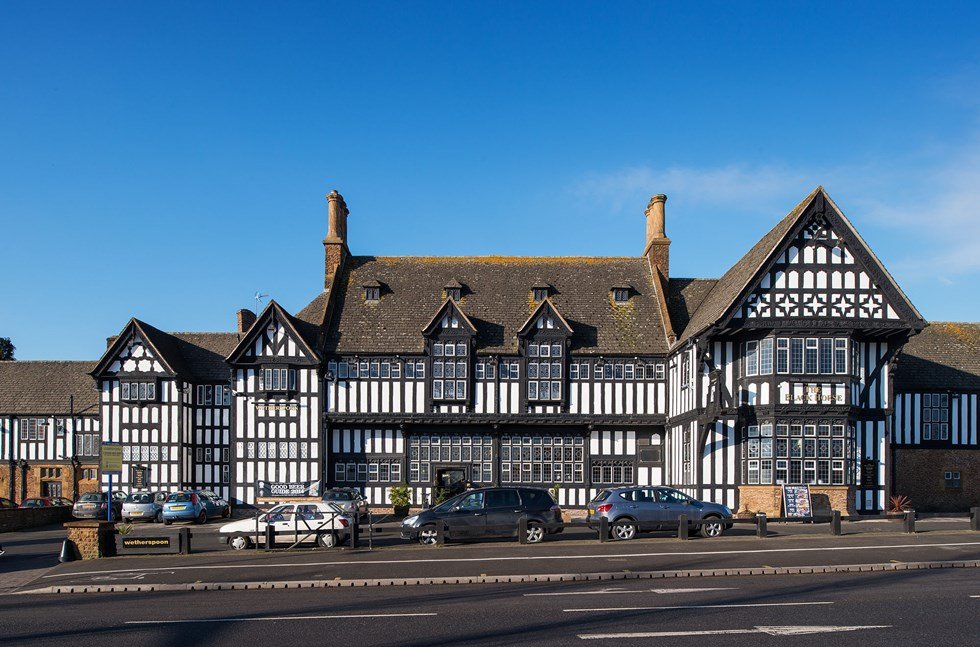 The Government has agreed with the results of research carried out by Historic England and has listed a number of inter-war pubs on the grounds the buildings represent the best surviving examples of a building type “which is stitched into the fabric of English culture”.

The pubs, most listed at Grade II and one upgraded to II*, are local landmarks. Their design was shaped by the “improved pub” movement that followed the First World War.

Between 1918 and 1939 breweries across the country rebuilt thousands of pubs. They needed to expand their appeal beyond their usual male clientele and leave behind the image of drunkenness associated with Victorian and Edwardian pubs.

The pubs listed are the best surviving examples of this fascinating time in the history of a building type which is stitched into the fabric of English culture.

The listed pubs include:

Around 3,000 pubs were built during the inter-war years. “They are now a sadly overlooked and threatened building type, with very few surviving today,” said Historic England.

One of the pubs earmarked for listing through this project was the Carlton Tavern in Kilburn, London, recently demolished without warning before it could be protected.

Several of the newly listed pubs were built by Truman’s Brewery, based in east London. These include the Royal Oak, on the doorstep of the famous Columbia Road Flower market in the capital’s Hoxton. It is called an “early pub” because it serves market traders from 9am on Sundays. It is also a sought-after filming location.

These buildings are important social spaces which have stood at the hearts of communities for decades. Listing offers them protection. It also acknowledges that they are an essential part of our common identity and help to tell our country’s story.

The listing and the trend to protect cultural landmarks from within the last century means that commercial property developers will need to tread carefully going forward.

The report scans up to 75m beyond the full perimeter for site up to 50 acres, assessing land use zoning restrictions or past activity, permissions or refusals that sign post sensitivity for commercial development, including change of use. Knowing up front, allows your client to review the risk/reward on the asset.

For more information on DevAcquire and the other interpreted planning and development risk reports, call us on 01342 890010 or email [email protected]

The protection of pubs is backed by Lords by Paul Addison